I waste a lot of time cruising Youtube.  At some point I started to check out videos on 'Dungeon Crafting' - you know, making battlemats and scenery out of foam and painting it.  I had zero intention of making any.  I just thought it was wildly creative and interesting.

At some point I came across the Professor Dungeon Master's Guide to Making Dungeon Tiles.  I realized I literally had everything on hand to at least improvise making some.  So I gave it a shot.  The extremely weird thing is that I don't own a single miniature.  Not one.  I just wanted to see if I could do it.

Turns out that, more or less, I can.  And if I can, I bet you can.  So if you've thought about it, I'd say give it a go.  Here's the steps I took and what I learned along the way.

1 Cut the Foam.  For some reason Prof DM suggests 6" x 6".  I cut a variety of 6x6, 3x6 and 2x6.  You need to use a ruler to draw out the grid in pencil first, but it turns out that you don't need to draw the flagstones; just get a kind of dull pencil and carve them.  Dig in.  You want noticeable grooves. My first pair were done with a light touch and are the 2 worst ones.  Also, I should have made the tiles double thick here - something I ended up doing later later.  Do it now so you can cut them at the same time.  It'll save headaches later on. 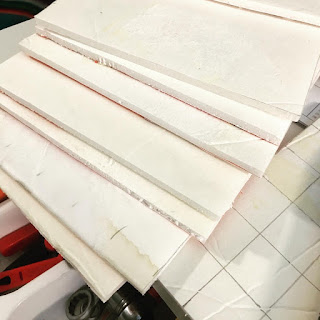 2. Mix black paint and Mod Podge.  Coat everything.  Don't skip this step... this is what makes them durable. 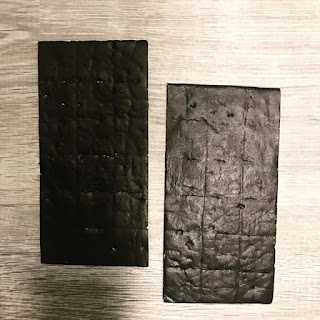 3. Paint it again with a light tan.  Some of mine I did one streaky single coat (like in the photo) and some with 2 coats.  The ones with 2 coats turned out much better.  At this point you will feel like it looks terrible.  That's OK. 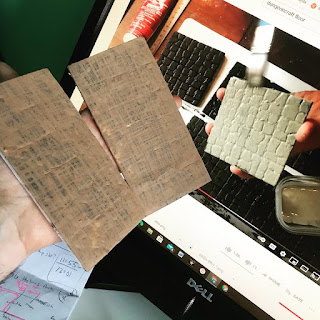 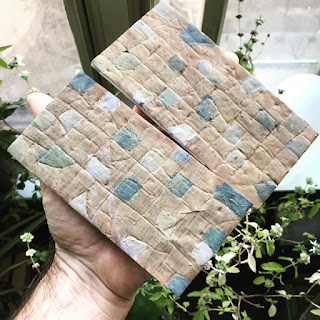 5. Make a blackwash.  Put in a single drop of dishsoap.  Too much soap and you'll get suds.  Suds are bad. 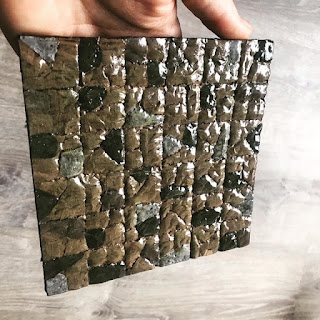 6. Give it 2 coats of clearcoat spray. Let it dry a full day between coats. 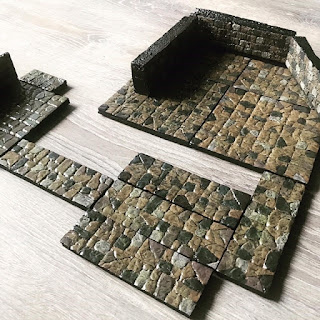 That's it.  It is an easy but time consuming process.  There's a lot of 'waiting for stuff to dry' time, and actually grooving out the tiles is a pain in the ass, but it's the kind of think you do while you are wasting time on Youtube.
These turned out well enough that I actually ordered a set of minis - just one of each basic character class - so I could one day use them at a live game.  It's kind of gratifying when you see it finished.
I ended up doing some experiments and learned a couple of other tricks - comment below if you'd be interested in seeing more and I will share what I learned.